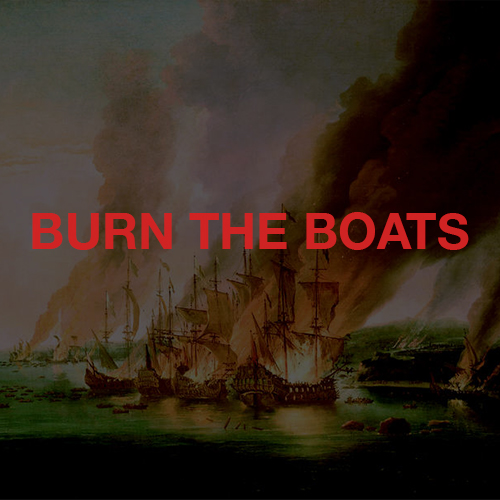 In 1519 Hernán Cortés landed on the Yucatan peninsula in Mexico with the intent of conquering the land and enriching his party with the gold and silver known to be possessed by the indigenous population. For over 500 years previous conquerors had failed to dominate Mexico. Cortés planned to do this with just 600 men, none of whom had protective armor.

Rather than charging into battle, Cortés spent several days on the beach inspiring his men with motivational speeches. Cortés was intent on having his men see this conquest as not just their duty but as a cause and an adventure of a lifetime that would lead them to fame and fortune.  His next decision was his most audacious. Cortés ordered all of his boats burned. His men had only two choices: victory or death.

We know that Cortés was ultimately successful in his mission and became the first invader in 500 years to conquer Mexico. History tells us about other great leaders who burned the boats including Alexander the Great when his heavily outnumbered Greek forces faced the Persians. Sun Tzu mentions it as a major strategy in “The Art of War”.

Fast forward to today and the One-Price movement in automotive retail. Commitment is a key ingredient in any successful business strategy. When the goal is business transformation on the scale of moving from negotiating to One-Price selling, burning the boats is perhaps the least risky path. Dealers who wish to differentiate through superior customer experience are naturally drawn to One-Price selling. To achieve a successful One-Price conversion dealers need a commitment strategy, not an exit strategy. Ryan Adams Group employs a Readiness Assessment to make sure the dealership team has identified the business need, articulated a sustainable vision and is ready to make the commitment to a new way of serving customers. 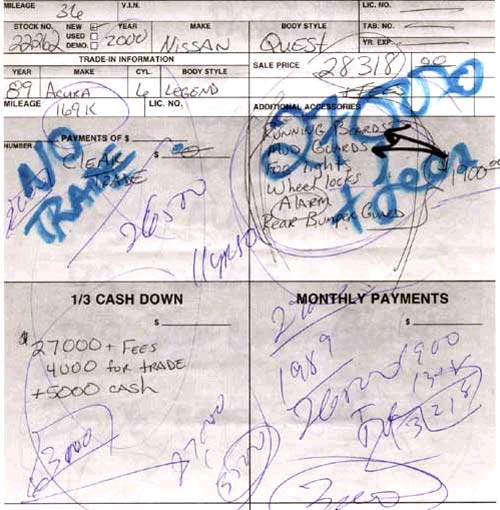